The bar chart shows the number of people who visited different museums in London. Summaries the information by selecting and reporting the main features, and make comparisons where relevant.

The bar chart compares the numbers of visits to four museums in London in five different months, namely June, July, August, September and December. It is clear that the British Museum almost always led in popularity, whereas the National Museum was the least prevalent choice for visitors in these months. In addition, visitor numbers fluctuated over time, with August seeing the highest visitor volume in all these sites apart from the Science Museum.

In the first two months, there were hardly any changes in the popularity of the four places as the History Museum, the British Museum and the Science Museum received about 400,000 visits each, while visitor numbers to the National Museum hovered around 200,000.

However, the remaining months witnessed more remarkable changes, with the figures for the History Museum, the British Museum and the National Museum soaring in August to peak at 600,000 visits, roughly 710,000 visits and slightly above 300,000 visits, respectively, before dropping substantially in September and December. Meanwhile, there was no change in the number of visitors to the Science Museum in August, which was followed by a marked rise to a high of 500,000 in September and a noticeable fall to merely 300,000 in December. It is worth noticing that visitor traffic to both the History Museum and the National Museum was also lowest in the last month, at only 200,000 visits, more or less.

It is more important to spend public money on promoting a healthy lifestyle in order to prevent illness than to spend it on treatment of people who are already ill. To what extent do you agree or disagree? 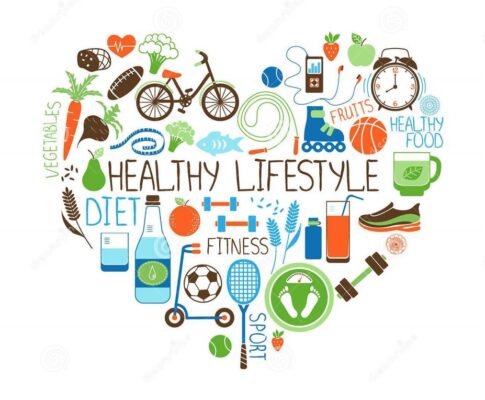 Many people believe that instead of being spent on curing the sick, public money should be used for illness prevention by encouraging people’s living in a healthy way. Personally, I totally agree with this point of view, and supporting arguments will be presented in the following essay.

There are many reasons why illnesses should be prevented rather than be cured. Firstly, it is a fact that many of them nowadays are caused by unhealthy lifestyles and habits. For example, those who consume too much fast food and lead a sedentary lifestyle are likely to suffer from the risks of obesity and cardiovascular diseases like heart attack and heart failure. People can minimize the chance of getting these illnesses if they actively change their eating practice and do physical activity on a regular basis.

Secondly, scientists nowadays still have yet to find medical treatment for some incurable diseases like HIV, AIDS, different types of cancers and especially the Covid-19 epidemic. Therefore, a more ideal approach, in this case, is apparently trying to lower the number of infected cases, which can clearly alleviate the burden on the patients themselves and their families.

Furthermore, prevention is less costly than cure in the long term. Obviously, effective preventive solutions stop people from contracting acute diseases, which will lead to fewer sick people being hospitalized. This not only reduces patients’ spending on hospitalization, drugs, and other medical fees but also lowers government expenditure on healthcare services.
For example, during the raging outbreak of Covid-19 these days, worldwide authorities are sparing no effort to vaccinate their citizens with the hope of halting the spread of the pandemic. This means the amount of public money saved can be, otherwise, reallocated to improving other fields of the society, such as education, economy, and infrastructure, as well as promoting sustainable social development and people’s well-being

All things considered, I wholeheartedly agree that prevention is better than cure and that the state budget should be spent on preventive solutions, for the advantages given above.