The maps give information about a university sports court. 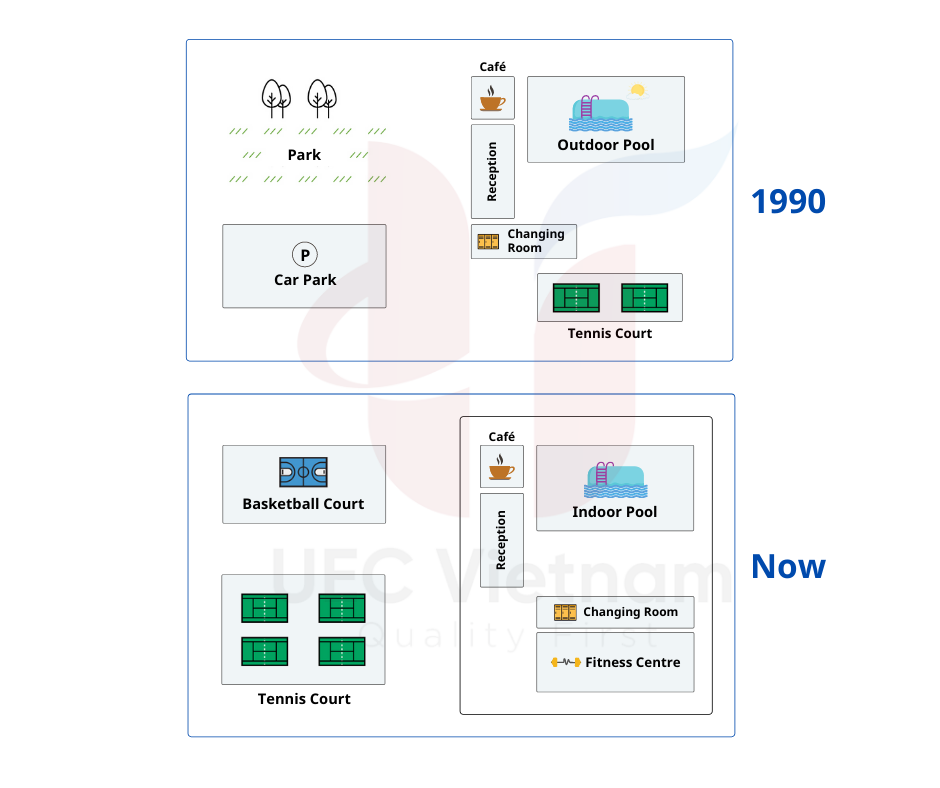 The maps depict modifications made to the layout of an unspecified university sports court from 1990 to the present day. Overall, the sports court was renovated extensively with the addition, replacement and relocation of various facilities.

In 1990, the western part of the court was a largely open area with a big park and a car park. However, in the present day, the former was transformed into a basketball court, and the latter was replaced by a tennis court.

The northern side of the area, in the meantime, was enclosed with walls, which leads to the outdoor pool being converted into an indoor one. The fitness center was added, taking up the space where there once was a tennis court, and the changing room formerly located adjacent to the reception in 1990 was now relocated next to the center. The cafe and the reception, however, remained at the same position over the given period.

Nowadays more tasks at home and work are being performed by robots. Is this a negative or positive development? 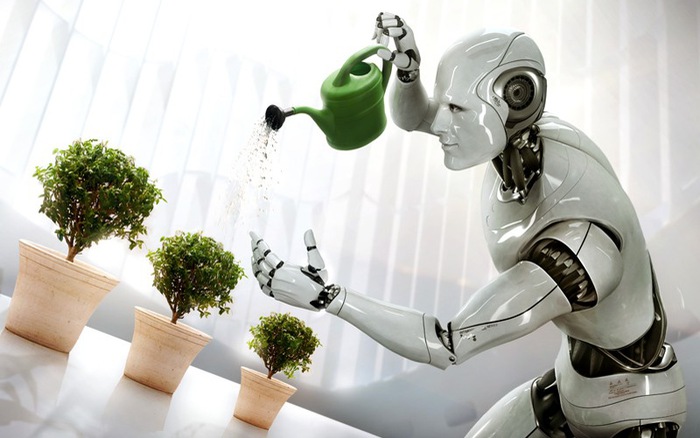 Robots are automated machines that can perform various tasks. In recent years, advancements in robotics have paved the way for robots being implemented in houses and replacing human workers in certain work. This is definitely a positive development.

In many households, robots can replace humans in doing repetitive tasks that are required to keep these houses in order. Every year, people spend thousands of hours running repeated errands and doing boring housework such as mowing lawns, washing dishes and vacuuming.  These chores are often seen as burdens since they take up too much time and return little reward, and on many occasions, they also expose people to risky situations and harmful chemicals.

Over the last few years, products like Roomba the robot vacuum cleaner have begun to emerge as must-haves in households. By adopting these robots into doing housework, many people will be relieved from their housekeeping duty, thus they will have more time to pursue other endeavors rather than wasting it on meaningless work.

Many people rightly point out that automated machinery may put people out of jobs and create an economically turbulent period; however, this will be temporary and the long-term result is more desirable than our current situation. There is a worry that bartenders, bricklayers, cooks and especially factory workers may find themselves unemployed with the rise of robot workers.

However, robots improve the conditions at workplaces the same way it does in households. They can alleviate the dangers of scaffolding work for construction workers, and in emergencies such as bomb defusal and house fires they are certainly better than humans. With the aid of appropriate social safety programmes, in the long run, robots can help human workers to transition into work environments that are less harmful.

Robots could minimize the danger and reduce the time spent on tasks both in households and at work with reasonable trade-offs. When all factors are considered, it could be concluded that robots would be a positive addition in people’s life.